Investigating the feasibility and acceptability of the HOLOBalance system compared with standard care in older adults at risk for falls: study protocol for an assessor blinded pilot randomised controlled study

Introduction Approximately one in three of all older adults fall each year, with wide ranging physical, psychosocial and healthcare-related consequences. Exercise-based interventions are the cornerstone for falls prevention programmes, yet these are not consistently provided, do not routinely address all components of the balance system and are often not well attended. The HOLOBalance system provides an evidence-based balance training programme delivered to patients in their home environment using a novel technological approach including an augmented reality virtual physiotherapist, exergames and a remote monitoring system. The aims of this proof-of-concept study are to (1) determine the safety, acceptability and feasibility of providing HOLOBalance to community dwelling older adults at risk for falls and (2) provide data to support sample size estimates for a future trial. Learn more

Functional Gait Can Be Affected by Noise: Effects of Age and Cognitive Function: A Pilot Study

Balance training has been shown to be effective in reducing risks of falling, which is a major concern for older adults. Usually, exercise programs are individually prescribed and monitored by physiotherapeutic or medical experts. Unfortunately, supervision and motivation of older adults during home-based exercises cannot be provided on a large scale, in particular, considering an ageing population. Augmented reality (AR) in combination with virtual coaches could provide a reasonable solution to this challenge.  We present a first investigation of the acceptance of an AR coaching system for balance training, which can be performed at home. In a human-centered design approach we developed several mock-ups and prototypes, and evaluated them with 76 older adults. The results suggest that older adults find the system encouraging and stimulating. The virtual coach is perceived as an alive, calm, intelligent, and friendly human. However, usability of the entire AR system showed a significant negative correlation with participants' age. Learn more

Balance disorders are expressed with main symptoms of vertigo, dizziness instability and disorientation. Most of them are caused by inner ear pathologies, but neurological, medical and psychological factors are also responsible. Balance disorders overwhelmingly affect daily activities and cause psychological and emotional hardship. They are also the main cause of falls which are a global epidemic. Home based balance rehabilitation is an effective approach for alleviating symptoms and for improving balance and self-confidence. However, the adherence in such programs is usually low with lack of motivation and disease related issues being the most influential factors. Holobalance adopts the Capability, Opportunity and Motivation (COM) and Behaviour (B) model to identify the sources of the behaviour that should be targeted for intervention and proposes specific Information Technology components that provide the identified interventions to the users in order to achieve the target behavioural change, which in this case is adherence to home base rehabilitation. Learn more

When vestibular rehabilitation can assist: findings with use of data mining

Falls, caused by dizziness and balance deficits, and their consequences in terms of the resultant functional limitations and of the associated costs for the involved actors as well as for the healthcare system are a serious problem in modern societies. Vestibular rehabilitation therapy (VRT) is proposed as a personalized intervention both for ameliorating symptoms and for improving balance. The outcomes of the therapy are not the same in all patients and the reasons are explored in this study with data mining methods applied in two retrospective datasets. According to our findings, patients with unstable lesions, concurrent psychological problems and with headaches are poorer candidates for VRT. Patients with stable vestibular deficits, of recent onset and relatively intact psychological, acoustic, visual and proprioceptive systems are better candidates for VRT. Learn more

The prevalence of balance deficits increases as the population is ageing. Such deficits are associated with the increased incidence of falls which in turn is linked with substantial limited functionality and morbidity. Vestibular rehabilitation therapy (VRT) as a component of the treatment has been shown to be effective in reducing symptoms and improving balance. HOLOBALANCE is an intervention based on a novel technology platform for providing VRT unsupervised, at home which means that motivating citizens to be compliant and promoting empowerment are the cornerstones for its wide adoption. Here we present how citizens empowerment is being addressed in HOLOBALANCE. Learn more

LATEST FROM THE BLOG

The overall aim is to deliver a radically new cost-effective virtual coach, consisting of a hologram based surrogate balance physiotherapist, an augmented reality cognitive game, combined with auditory exercises and a physical activity planner.

Human balance is multifactorial and relies on the complex integration of visual, somatosensory, vestibular information and musculoskeletal function. Balance disorders due to age-related progressive loss of functioning of sensory information and the inability to control body movements are considered a global epidemic according to the World Health Organization. Balance and gait physiotherapy has been shown to improve postural stability, increase balance confidence and quality of life according to NICE guidelines2. Currently, there is a total lack of personalized coaching solutions for people with balance disorders to engage in balance and gait physiotherapy and increase physical activity.

The synergy with SMART BEAR is still ongoing according to plan and, in fact, Holobox has been recently installed in the Health Center of St. António (Funchal, Madeira) thanks to […]

The promise and perils of life lived online The pandemic has immersed us faster and deeper in immersive communication technologies. It’s a disrupted, confusing, sometimes exhausting world — but shifting […]

The VR/AR Global Summit Online is a virtual conference, brought to you by the VR/AR Association, connecting the best virtual reality and augmented reality solution providers with enterprise and media […] 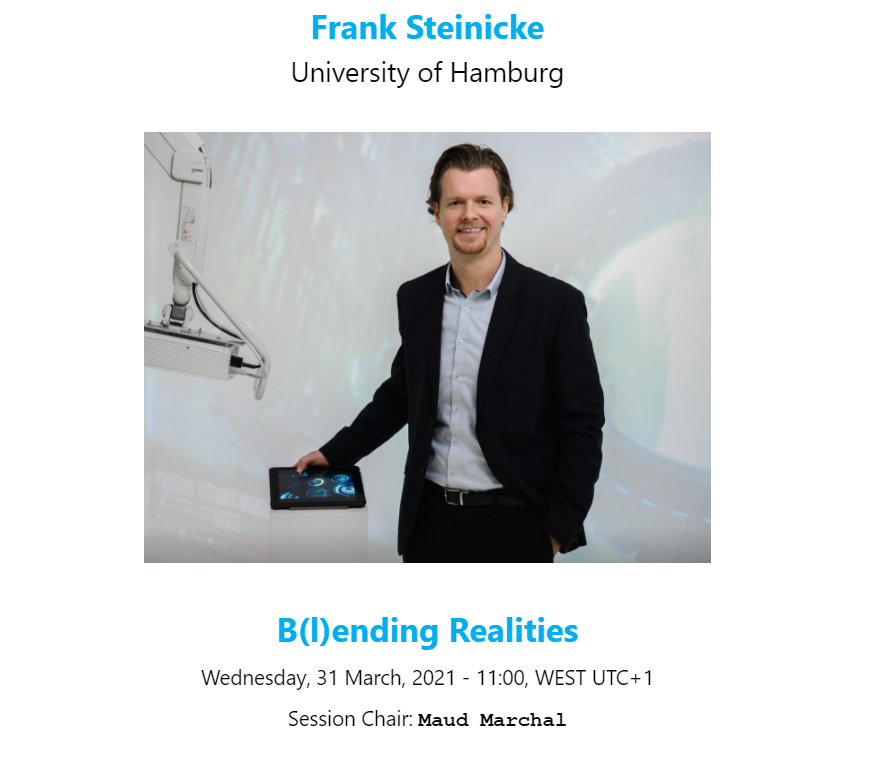 Abstract The fusion of mixed reality (MR) and artificial intelligence (AI) will revolutionize human-computer interaction. MR/AI technologies and methods will enable scenarios with seamless transitions, interactions and transformations between real […]

WE EXPECT TO HELP PEOPLE WITH BALANCE DISORDERS

The long-term aim is to promote behavioural changes that maintain the users’ independence and engagement in physical and social activities. Multilevel motivation strategies, real-time feedback, online connection and competition between users and a continuous communication channel with the healthcare professional, along with a visual analytics expert panel will be integrated to improve the platform’s outcome.

HOW WE CAN HELP PEOPLE TO GET BETTER

Our main areas of development

Augmented reality hologram models will be created, which will be combined with three-dimensional biomechanical models of BP. The fast solvers for rigid body motion, body transform and muscle setup will be used in Unity3D.

Age-related changes in the brain structure and function cause decline of individual cognitive performances and undermine the
independence and quality of life of elderly individuals.

The accuracy in performance of the exercises will be measured objectively in real time, through
a set of motion capture and wearable sensors.

WANT MORE INFO ABOUT OUR WORK?

Get MORE of Holobalance straight to your inbox
To keep yourself informed on  a regular basis, you can also subscribe our newsletter.
Subscribe

Want to be involed in project?

Holobalance provides a wealth of support and visibility to the partners we work with through the Dissemination Program. If you are interesting to collaborate on project contact us.